Ever wonder why computer equipment needs to be replaced about every five years?

Back in the 1960s, engineer and Intel co-founder Gordon Moore famously predicted that processing power would double every year or two, a pace that was maintained throughout the PC revolution of the 80s and 90s and powered the Internet age into the 2000s – a prediction that would become known simply as “Moore’s Law”.

Through that time period, traditional software development cycles meant that major software revisions would typically occur every two to three years (i.e., Microsoft Office 95 / 97 / 2000 / 2003 / 2007 / 2010 / 2013 / 2016 / 2019…), with each revision optimized to run on the processing power of the day.  As a result, running software two versions old or older on new hardware would often not work, as the new processors would often out-perform the software and cause errors.  Likewise, trying to run new software on platforms two generations or more older would either run too slow to be useful, or not run at all.  Therefore, with two technology generations spanning a five-year window, the 5-year lifecycle was born.

Since its useful life is limited, manufacturers design technology with an anticipated life cycle in mind.  Why make a hard drive that’s designed to last for 20 years when the equipment will be refreshed in five years?  Due to the planned obsolescence approach, they do not.  However, in addition to Moore’s Law, a second factor – portability – is also critical when determining lifecycle.

In general terms, the smaller and more portable the device, the shorter the lifecycle.  Laptops, for example, will typically range between 3-to-5 years, considering damage sustained through misuse and abuse while out and about.  Similarly, tablets and smart phones have a useful life of nearer to 2-to-3 years due to drops and user abuse.  In addition, portable and mobile devices also reach the end of their lifecycle more quickly than traditional desktop PCs due to their relative lack of processing power.

One of the challenges of making anything smaller is figuring out how to dissipate the heat generated through operation.  To reduce power consumption to lessen the heat generated, as well as to extend the battery life of the device, processing power is reduced.  Therefore, a three-year-old laptop or tablet will often feel older than a three-year-old PC because the processing power of the PC wasn’t as restricted at the time of manufacture due to heat and battery life concerns.

As devices get older, they will begin to feel their age, or worse, suffer a higher rate of component failure. Therefore, companies should work to define a regular device refresh schedule to avoid unexpected downtime, and ensure devices are in your employee’s hands when they’re needed most.

Anthony Latham is the Sourcepass Director of Solutions Architecture 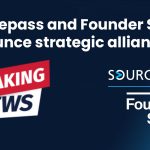 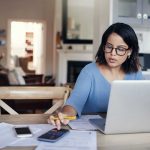 How to Achieve PCI Compliance in 4 Simple StepsBlog